On this week’s The NOLADrinks Show with Bryan Dias, we welcome Dave Smith and Lance Winters of St. George Spirits. It’s a fine craft spirits distillery located in Alameda, California in the San Francisco Bay Area. They make some amazingly unique products. We discuss their story, their approach to making spirits, and have a lot of laughs along the way. As they say, “Distilling is our form of self-expression” and there certainly is a story in every bottle! 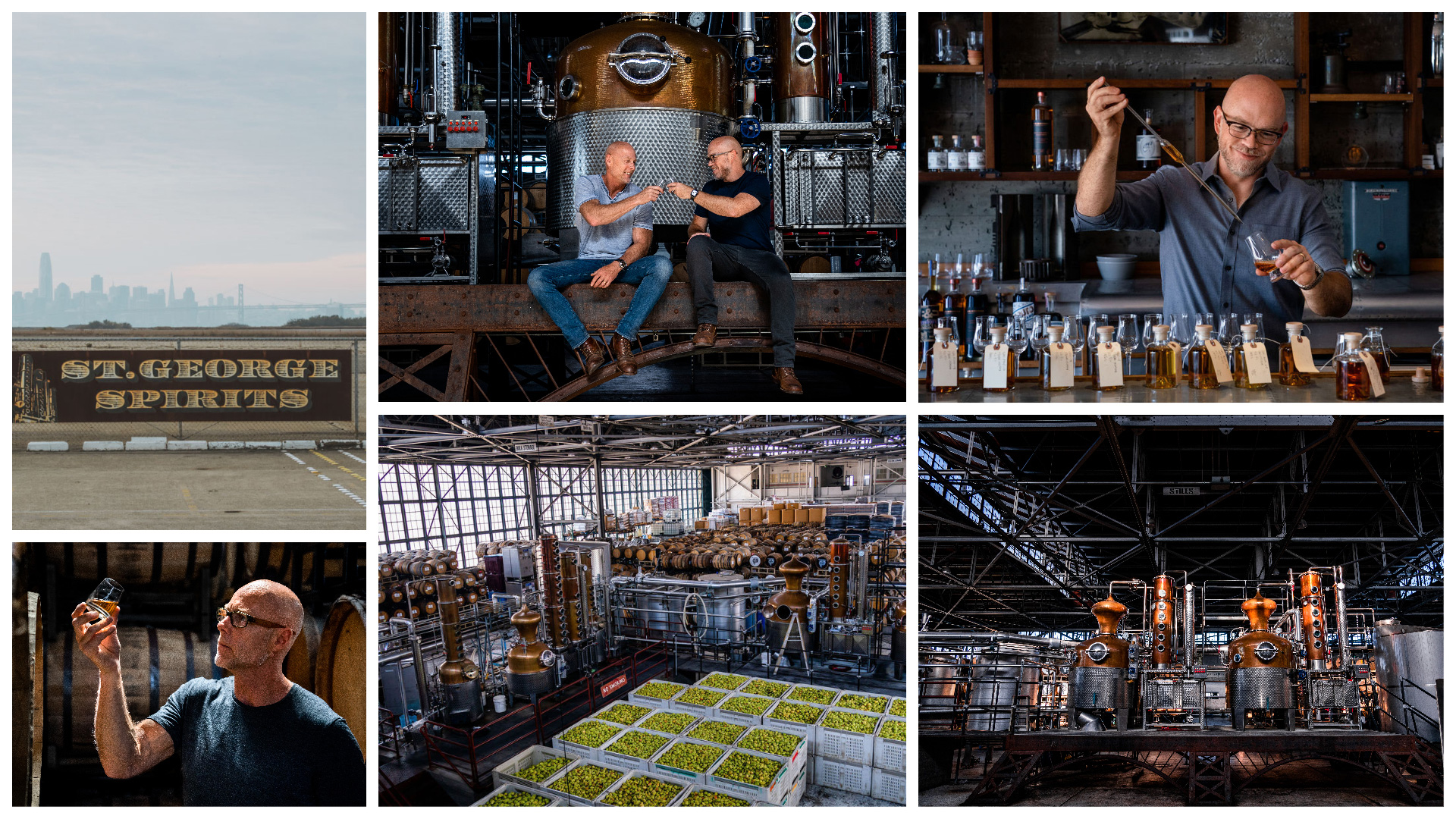 We’re back after a short break! We’re pleased to bring you this show featuring Dave Smith and Lance Winters of St. George Spirits. They are the head distiller and master distiller, respectively (be sure to check out the interview to catch a few other “job titles” they go by!)

Lance and Dave let us know the history of the distillery, located in Alameda, California near Oakland in the Bay Area, from its start in 1982 by founder, Jörg Rupf, to the present day. Lance describes how he came aboard in the 90’s followed a few years later by Dave. From day one, their approach has been innovative (think: making eau-de-vie in California in the 80’s) to the forest-driven “Terroir Gin” (made today).

We sample three of their expressions – the aforementioned, Terroir Gin, their Green Chile Vodka (it’s different than you probably think!), and their Baller Single Malt Whiskey (which nicely drinks as a Scotch-inspired American whiskey.)

Along the way, we discuss their portfolio, their story-telling approach to making spirits, and some of their production methods. Certainly, we have some laughs including talking about Fremont, California, the hometown of both Lance and this host (to be clear – we spare you most of that conversation during the aired interview – you’re welcome!)

Lance and Dave stick around for our podcast-only segment, “Another Shot with NOLADrinks,” where we continue our chat including some great cocktail ideas for the spirits we tasted. They also share some thoughts and insights on the US spirits market. This is nice follow-on from our previous show with US market expert and consultant for foreign liquor producers, Steve Raye. Catch that one here.