On this edition of the NOLADrinks Show with Bryan Dias, we do our monthly on-location recording of the show at Bakery Bar! Various friends in the service industry stop by and talk shop. A featured conversation is a chat with the owner of Twelve Mile Limit, T. Cole Newton, discussing the proposed safety measures put forth by the mayor’s office. We talk about some of the potential ramifications for bars and the service industry. 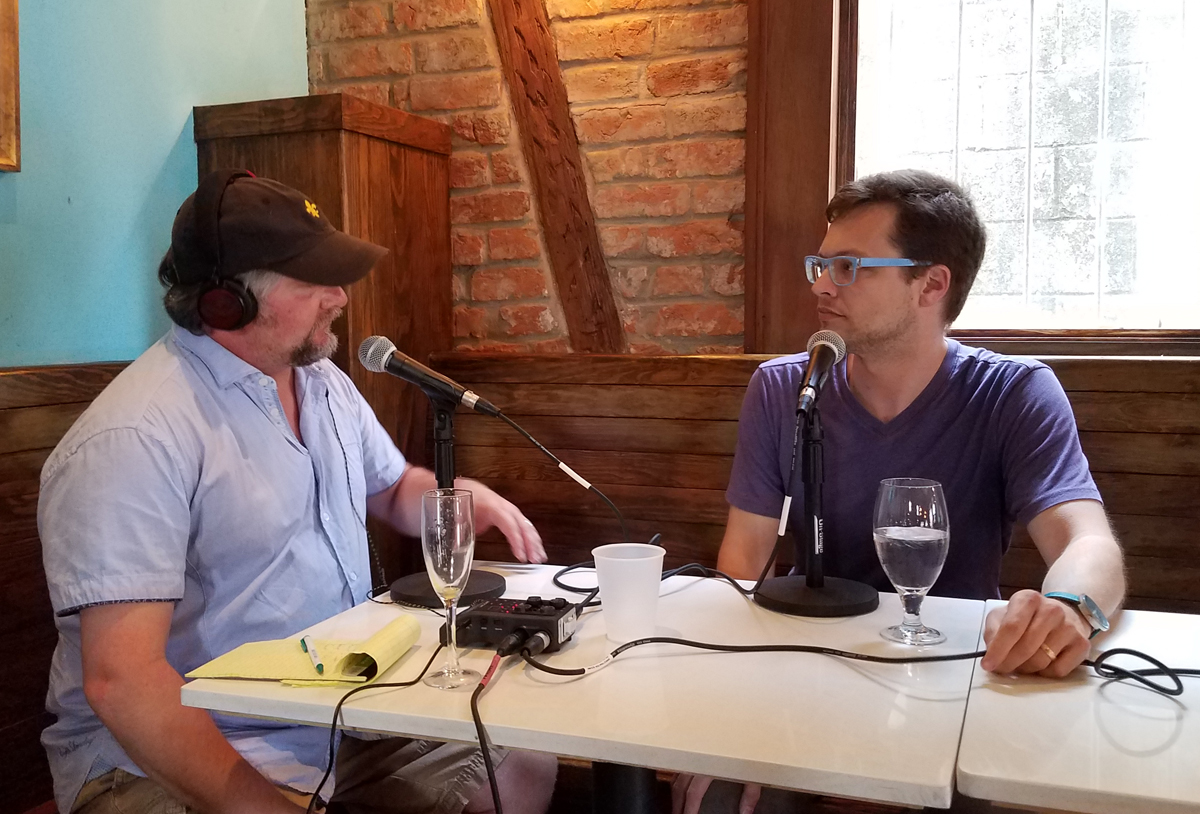 Pictured above from left – Bryan Dias of NOLADrinks and T. Cole Newton of Twelve Mile Limit.

We kick-off the show with an intro and a mention of some upcoming events around town – namely the new Top Taco NOLA festival on March 23rd and the inaugural New Orleans Bourbon Festival (hear last week’s show where we interview the event’s Executive Director, Tracy Napolitano) kicking off on Friday, March 24 and running through Sunday, March 26.

We also talk a bit about the recent controversy involving Tales of the Cocktail founder, Ann Tuennerman and her husband Paul, connected to racist remarks they made while riding in the famed Zulu parade Mardi Gras Day. We will be doing a show on this topic and connected issues related to racial realities in the service industry in the very near future. So, this topic was brought up as news and acknowledgement of its occurrence, not an in-depth discussion. More can be seen on our NOLADrinks Facebook page.

We start off the Bakery Bar segment, as we usually do, with General Manager, Jeff Schwartz. We muse on some post-Mardi Gras stuff, spring menus, their drink program this time of year, and more.

Next, we chat with T. Cole Newton of the Mid-City bar, Twelve Mile Limit. We discuss some of the concepts and implications of New Orleans’ Mayor Mitch Landrieu’s “safety” proposals that will affect bars and other aspects of the entire city. Funding, $40 million, is coming from the Department of Homeland Security for these measures. We discuss some of the proposals including installing security cameras (apparently, outside of bars) that feed into a centrally monitored location, the closing of bar doors (not for business, the doors themselves) at 3 am, and police sweeps (which the city now claims are sanitation sweeps) at that time. We talk about some of the implications, the lack of clarity, and possible alternatives with the proposals. See more here and here.

We then start the first of two rounds of our “At the Bar” segment – a round-table discussion with members of the service, hospitality, and food and beverage industries on various topics. First up, we’re joined by Steve Yamada of Twelve Mile Limit, Adrienne Miller of Toups’ Meatery and Toups South, and Konrad Kantor of Cane and Table. They talk about their careers, how they ended up bartending, and their personal connections with each other. Always fun to talk with these three!

We then do another round of “At the Bar.” This time, we chat with Ashtin Berry of Ace Hotel NOLA, Katie DuBois of Barrel Proof, and Shannon McSwain of Pour Toi, Company Burger Downtown, and Three Muses Maple. Similar to the previous round, we talk about their career paths and other similar things. Great chatting with three more great pros!

We close out the show with a couple more events – the new line-up of lunch cooking demos at the Southern Food and Beverage Museum and a wine club party at Pontchartrain Vineyards. We then circle back on the controversy connected to Ann and Paul Tuennerman with a couple more thoughts and info. Lastly, we talk about some upcoming shows.

Below the map that highlights some of the locations discussed during the show, you can subscribe to, download, and stream the NOLADrinks Show podcast.