On this week’s The NOLADrinks Show with Bryan Dias, we visit with filmmakers, Abby and Jeremey Lavoi. They have recently produced the terrific film documentary “Roots of Fire.” It explores Cajun music and a host of connected topics and ideas – cultural preservation, linguistic preservation, food, and much more! The film, which features terrific musical performances and fascinating interviews, is making the documentary film circuit rounds, including a screening at the upcoming New Orleans Film Festival. We discuss the making of the film, its themes, and more about how you can connect with the documentary and many other components related to it! 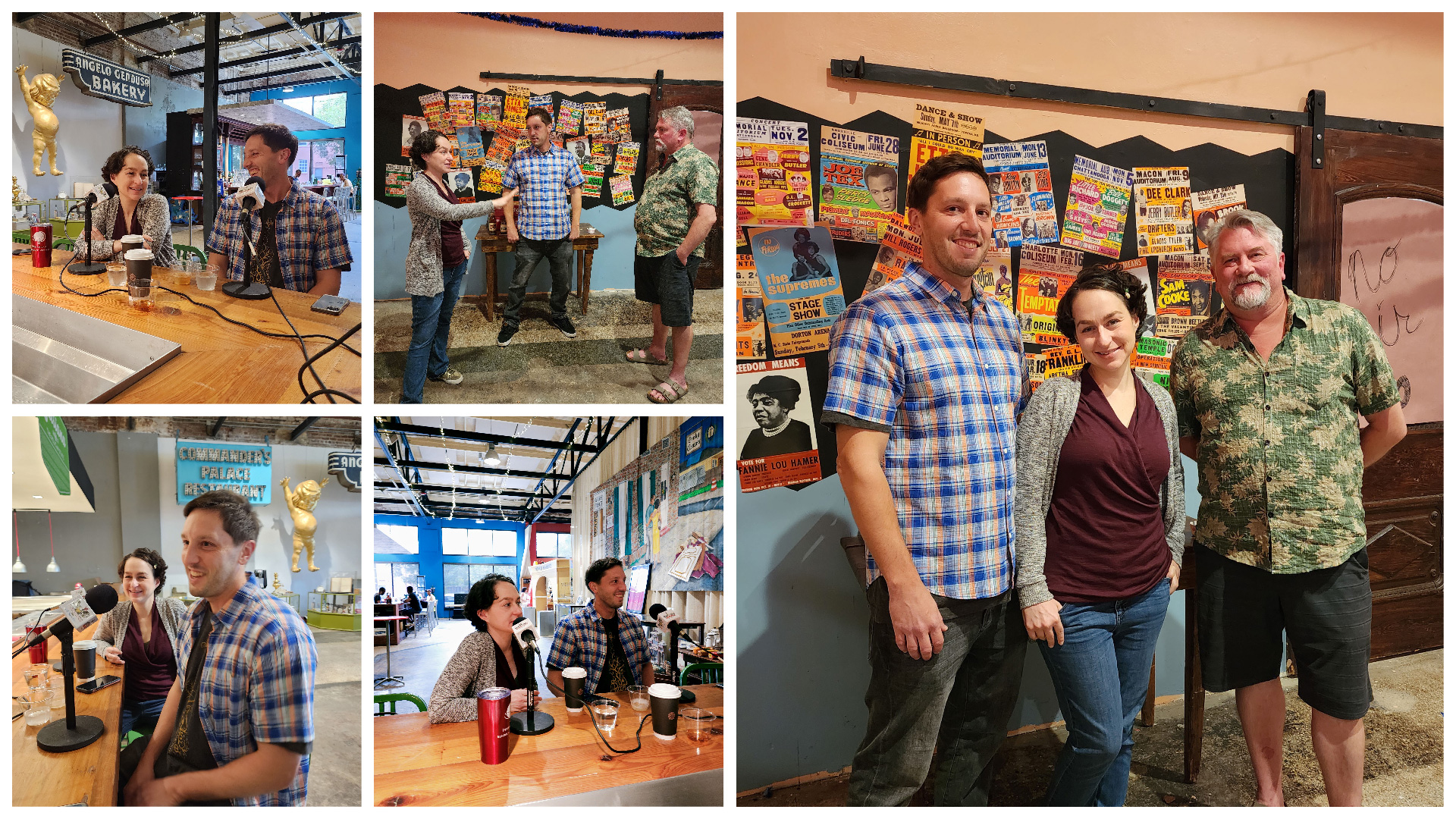 Pictured above from left (right pane) – Filmmakers Jeremey and Abby Lavoi of “Roots of Fire” and Bryan Dias of The NOLADrinks Show.

We’re back at the Southern Food and Beverage Museum for this installment of The NOLADrinks Show with Bryan Dias! We’re chatting with Abby and Jeremey Lavoi about “Roots of Fire,” their new film documentary that explores the contemporary landscape of Cajun Music in Louisiana.

We discuss the making of the film from how it got started to production being halted by covid to its recent completion. It is now being shown, garnering lots of positive feedback, around the documentary film circuit. This includes being shown as part of the upcoming New Orleans Film Festival with their screening taking place on Sunday, November 6 at 8pm at the Broadside Theater and additional streaming options available, as well.

Additionally, we chat about the culture’s strong connection to food and drink, which features prominently in the film. We also unpack other important topics the documentary tackles related to cultural preservation and the linguistic preservation of the French Cajun language.

Abby and Jeremey let us know about the handful of musicians, many of whom are from the younger generation of the genre, that the film follows and shows heavy doses of their music. It’s fascinating to see how these artists approach the music – from honoring it traditions to keeping it contemporary and always-evolving. This includes creating new songs in both Cajun French and English. Some of the bands featured are the Pine Leaf Boys, Jourdan Thibodeaux, Feufollet, T’Monde, and more.

The Lavois stick around for our podcast-only segment, “Another Shot with NOLADrinks,” where we learn more about their background, how their experience filming live music helped lead them to making this film, and much more!

Be sure to check out the Roots of Fire YouTube channel for lots of great content connected to the film, its artists, and music!