On this edition of The NOLADrinks Show with Bryan Dias, we discuss the craft brewery industry in Louisiana. A significant part of the conversation is a frank discussion of distribution laws in the state. We’re joined by David Blossman, president of Abita Brewing Company, and Karlos Knott, president of Bayou Teche Brewing. 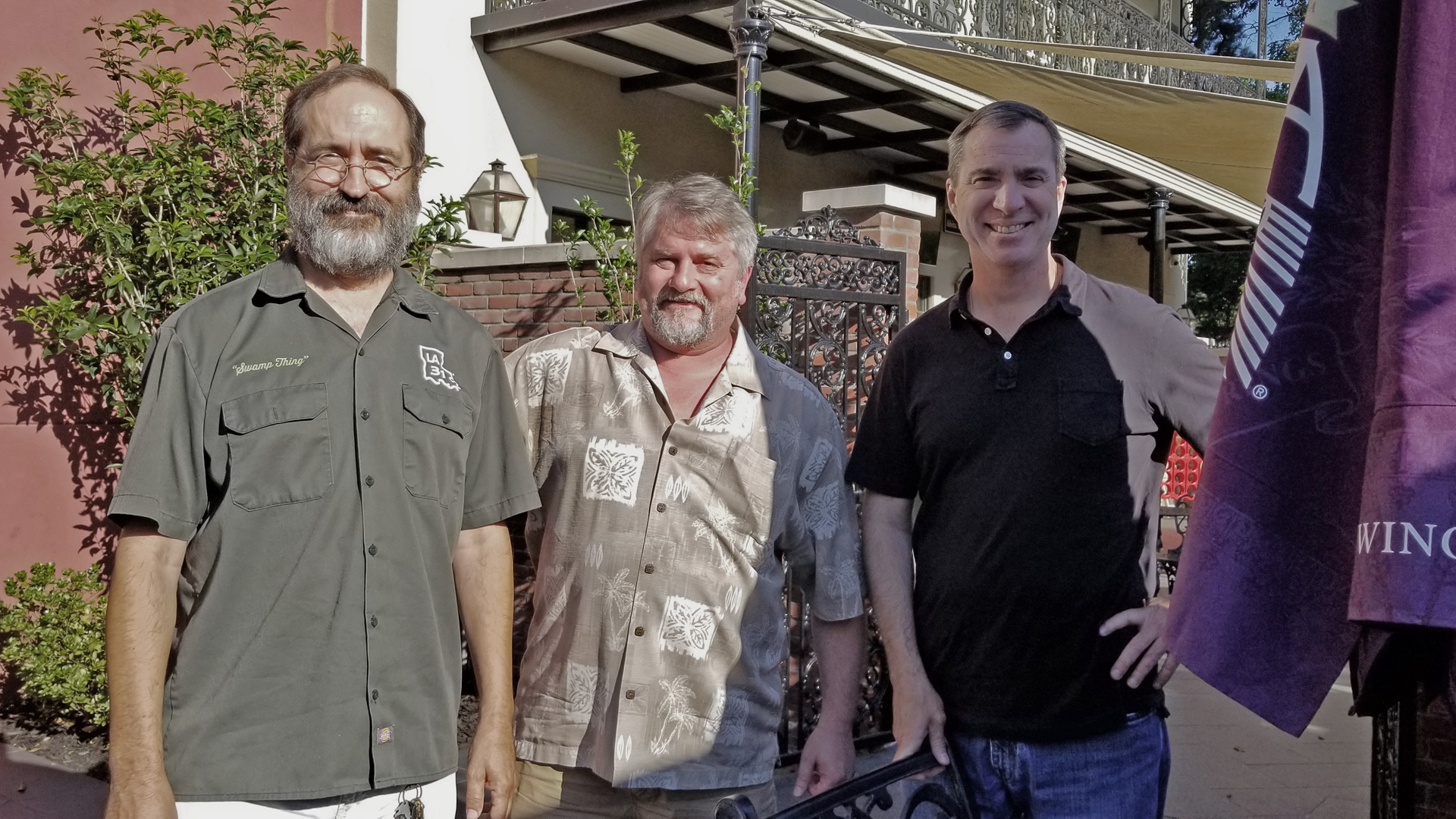 Pictured above from left – Karlos Knott of Bayou Teche Brewing, Bryan Dias of The NOLADrinks Show, and David Blossman of Abita Brewing Company.

We start things off noting the passing of New Orleans music great Dave Bartholomew. We also let you know what’s up with this week’s show.

David and Karlos let us know a bit about their respective operations. Abita, one of the earliest craft breweries in the country, is a well-established company with distribution in over 40 states. Bayou Teche, though much newer, is also one of the first craft breweries in the state and is located in the town of Arnaudville, not too far from Lafayette.

We discuss the industry in the state as well as the Louisiana Craft Brewers Guild, an organization founded to support this important and, largely, growing industry here. David and Karlos let us know a bit about the beer market in Louisiana and nationally and what the landscape looks like for craft brewers here. We chat about some of the challenges the industry faces amid slowing growth for beer nationally and the importance of supporting (and drinking!) local.

Importantly, we have a frank and honest conversation about the rigid three-tier system for alcohol we have in Louisiana. This state is one of only eight in the country to have such a tightly controlled system. Many consider it archaic and unfair. David and Karlos speak honestly about both the advantages and disadvantages of the system. We also hear about some of the tactics and approaches the distributors and their sizable lobby use to protect their interests, as they view them. 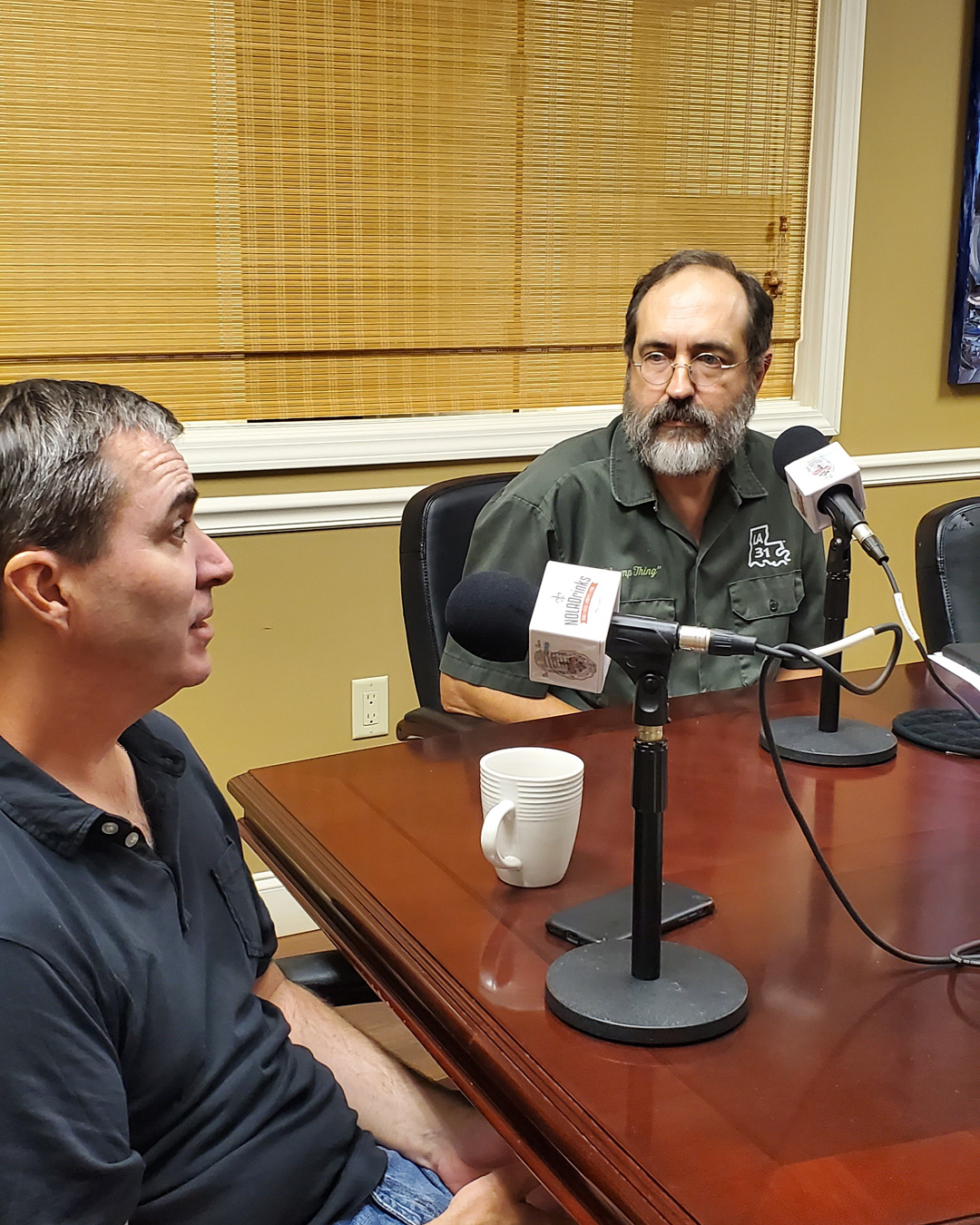 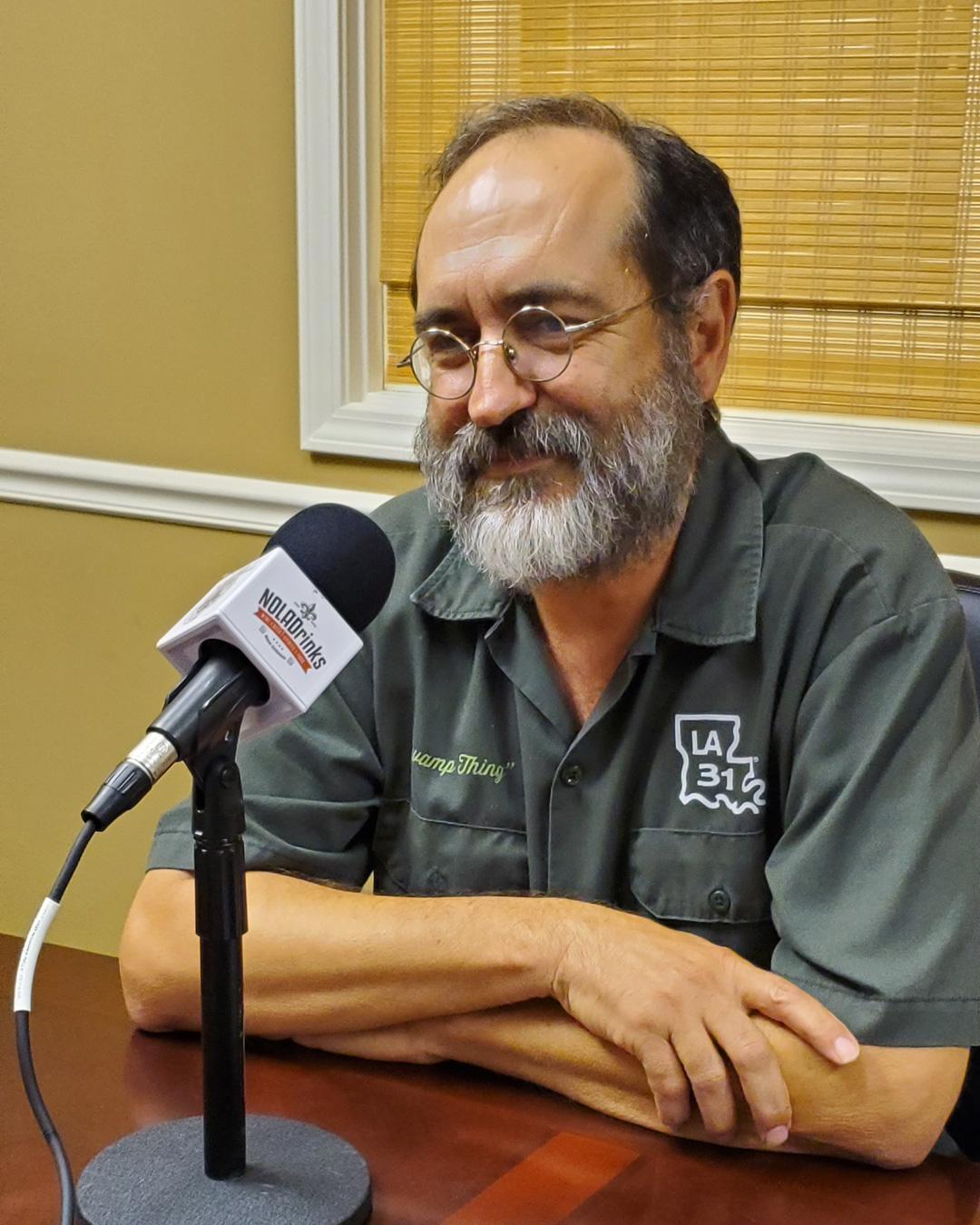 It’s an important chat that all consumers and enthusiasts of not just beer, but also of wine and spirits (and those interested in business and free enterprise), will want to hear. David and Karlos stick around for our podcast-only portion – “Another Shot with NOLADrinks” – for more conversation on the topic including what the guild is currently doing to promote the craft brewing industry in Louisiana. Of course, we also let you know about how you can visit both Bayou Teche and Abita, too, and check out their great beers!

At the top of “Another Shot,” we let you know the Dave Bartholomew connected songs we played in the first portion of the show. We close things out with our “Parting Shot” sharing more on our views of distribution laws in Louisiana.

The map below shows the location of Abita Brewing Company and Bayou Teche Brewing. You can subscribe to, stream, and download The NOLADrinks Show podcast using the links and players at the top of the post.