On this editon of the NOLADrinks Show with Bryan Dias we welcome Simond Menasche of Grow On Urban Farms and Sal Mortillaro, certified beer judge and expert. 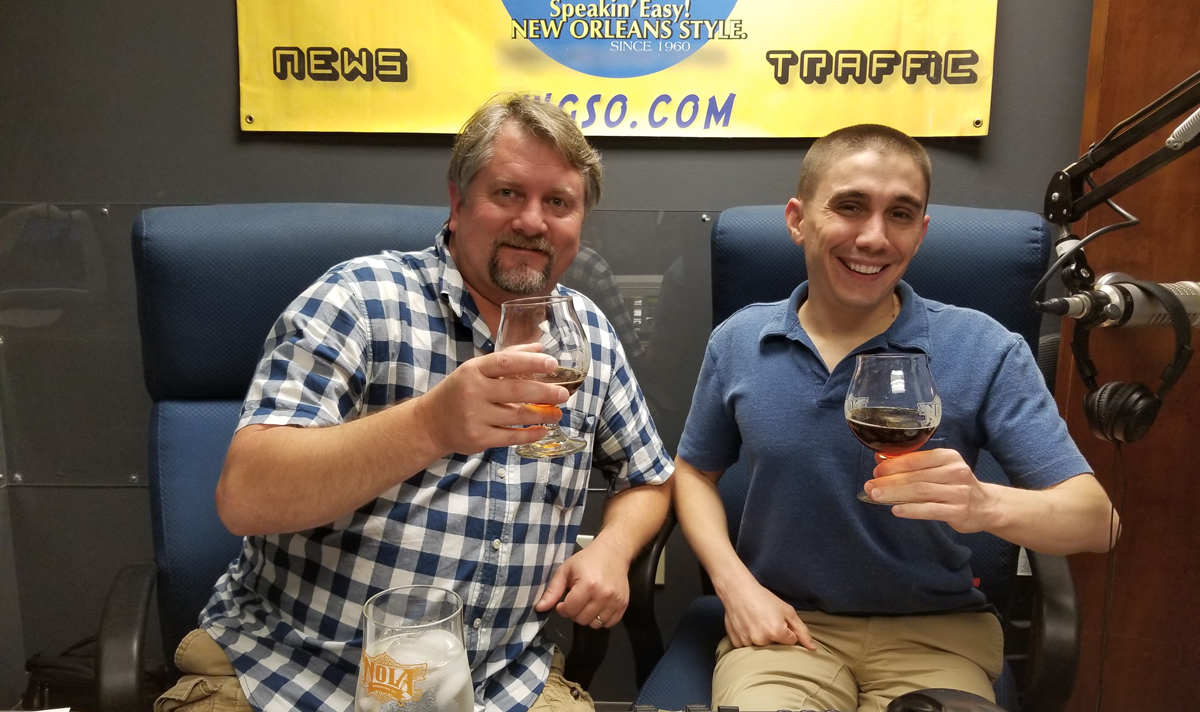 We start off the show talking about some events around town including a special benefit dinner for No Kid Hungry taking place at Compère Lapin featuring a meal prepared by Chef Nina Compton and a few guest chefs including Michael Guilotta of Maypop and Mopho. We also mention this weekend’s Jazz’n the Vines concert at Pontchartrain Vineyards featuring Swamp Blues Master Kenny Neal.

We then chat with Simond Menasche (pictured below, at left) of Grow On Urban Farms located in the St. Roch neighborhood of New Orleans. We discuss his background, the organization, and their programs. We also talk about the importance of urban farming, making a connection to our food and where it comes from, and how the approach is meant to be replicated by building skills and the human capital needed to expand these ideas. Part of the focus of the program is to address “food deserts,” which we discuss and utilizing the many blighted properties in the neighborhood and New Orleans, in general, for urban farming.

We also talk about how people can get involved with the program and become part of its community. This includes workshops, the opportunity to help out at the farm and earn credits that can be used to acquire produce, soil, and other resources to expand the program. Lastly, we cover their “Second Saturday” events that take place on the second Saturday of every month. It’s a free event where you can visit the urban farm, enjoy food and cocktails utilizing the farm’s produce, and connect with neighbors who are producing art, beer, and more.

In the second portion of the show, Sal Mortillaro, a certified beer judge joins the NOLADrinks Show to talk suds! Sal judges through the Beer Judge Certification Program (BJCP) and is the most credentialed judge through that program in Louisiana. He is also a wealth of knowledge on the breadth of styles of beer and the industry, in general.

We cover many topics in the beer world – the craft beer movement, the explosion of breweries recently in Southeast Louisiana, the challenges they face, and more on that front. We talk homebrewing and how many of these local breweries emerged from that scene. We discuss beer judging and talk about a few styles and approaches. We also talk about a fundraising event that the Mystic Krewe of Brew, an organization of which Sal is a part, puts on to benefit the St. Tammany Humane Society that features both homebrewed and commercial beers – The 6th Annual Twisted Beer Fest & Homebrew Competition. Stay tuned for more on that – we’ll be giving away some tickets to the event, which features food, music, and vendors, in the near future!

Below the map that highlights some of the locations discussed on the show, you can subscribe to, stream, and download the NOLADrinks Show with Bryan Dias