On this edition of The NOLADrinks Show with Bryan Dias, we have our next installment of our French Quarter Fest Series from Louisiana Music Factory. This time around, we chat with Corey Henry of Corey Henry and The Tremé Funktet and Sam Craft of Sweet Crude! 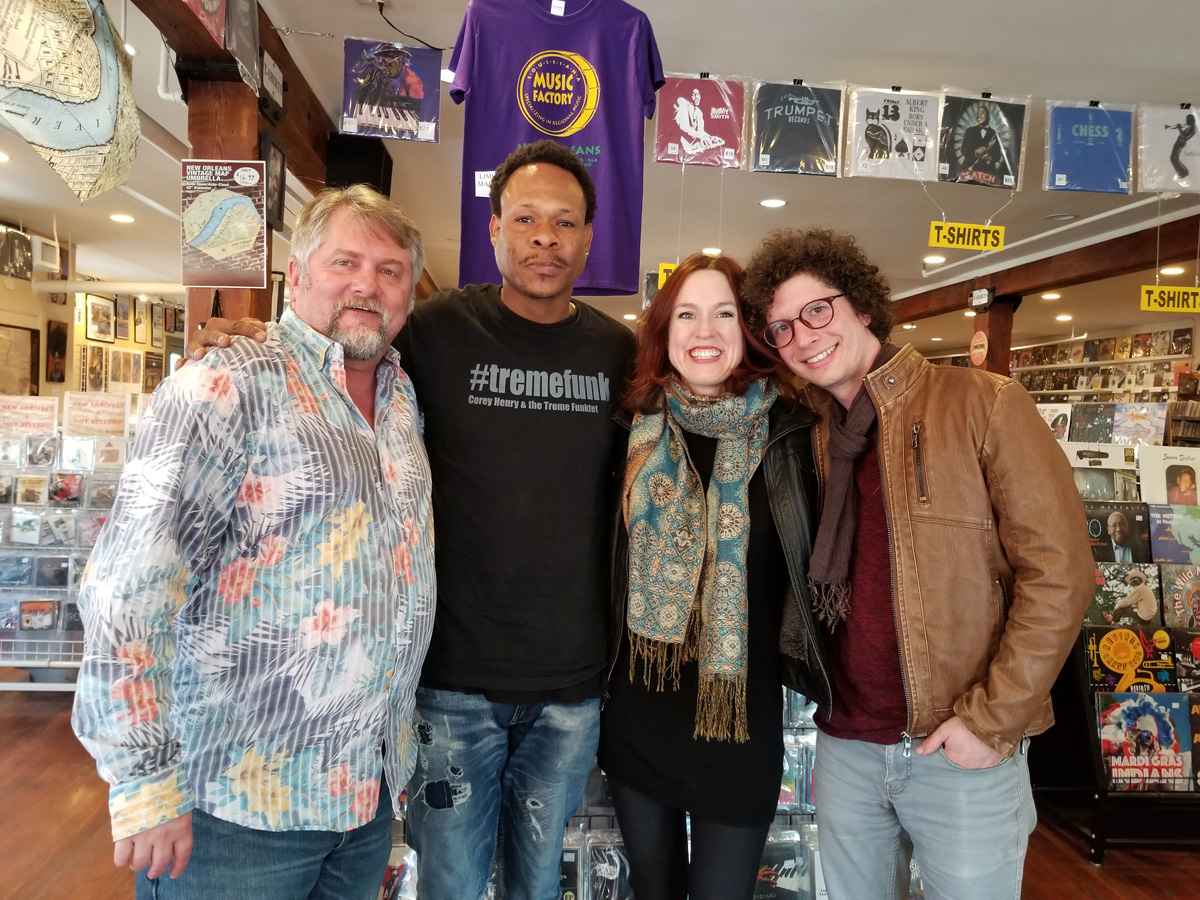 We start things off letting you know about this week’s show. We also let you know about next week’s show, another as part of our French Quarter Fest Series where will chat with Bruce “Sunpie” Barnes. We get you caught up on a couple bits of news about the show as well.

Next up, we head over to Louisiana Music Factory for our featured interview and the next in our French Quarter Fest Series. We’re joined by Corey Henry, who is currently the leader of Corey Henry and The Tremé Funktet, a terrific New Orleans fueled funk band born out of Corey’s home neighborhood – the Tremé. We’re also joined by Sam Craft of the band Sweet Crude. Another great local act that combines French and English lyrics along with indie pop and South Louisiana music sensibilities.

We talk about their background, how they got into music, and the importance of preserving culture in their work. Corey talks about growing up in the Tremé and his background coming from a large musical family including his grandfather, Chester Jones, who drummed with Preservation Hall and his uncle, Benny Jones, one of the leaders of the legendary Tremé Brass Band (where Corey got his start). His daughter, Jazz Henry, plays trumpet with the Original Pinettes Brass Band, an all-female ensemble. 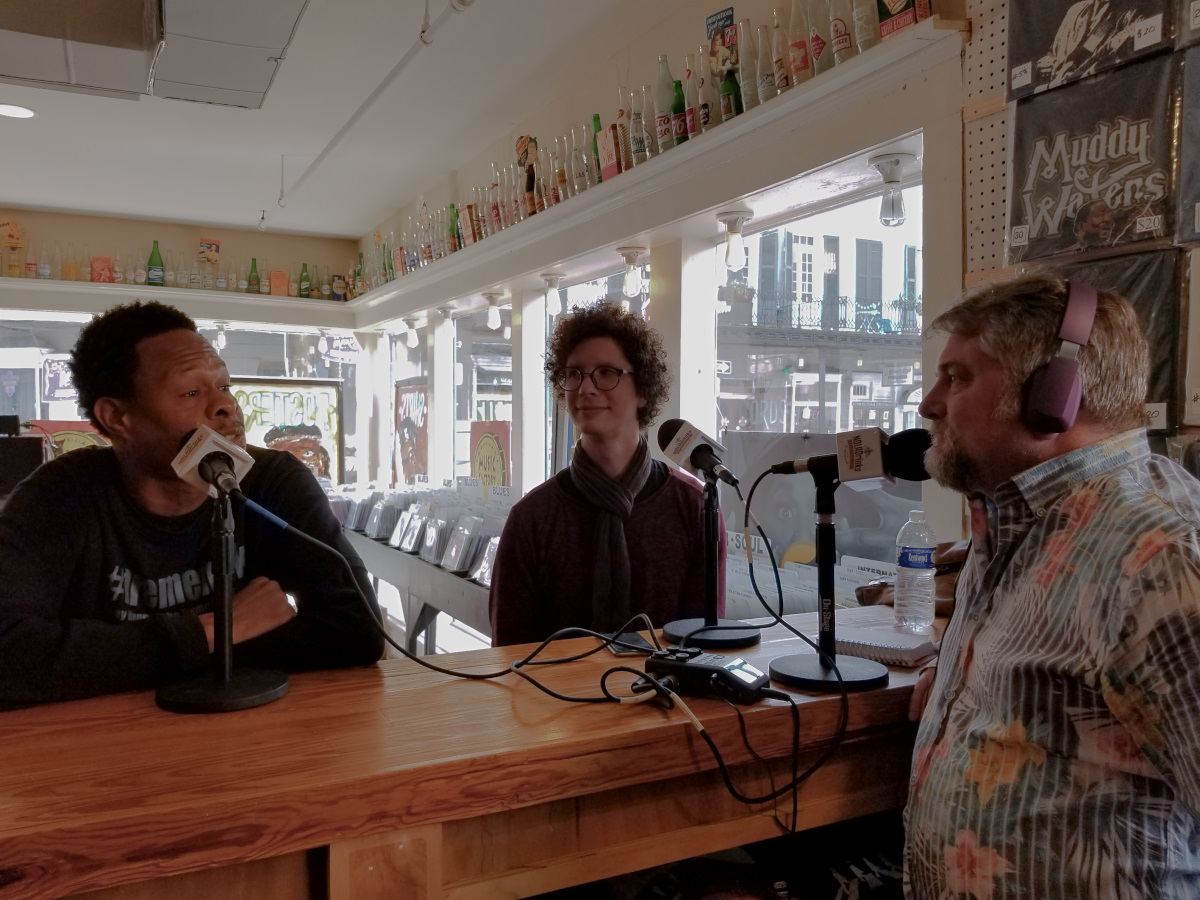 Sam talks about growing up in Algiers and being exposed to local music in South Louisiana including French Cajun and Zydeco music. He talks about how he and some of the members of the band come from a French-speaking Louisiana heritage and how that impacts what they do. He also mentions how he and his bandmates are greatly influenced by not only local music, but also indie pop.

We talk a bit about food and drink including Corey discussing growing up around food and music and how they are synonymous in the Tremé. Sam talks about how they like to bring local cuisine with them on the road to share with friends and fans when they can.

Of course, we talk about French Quarter Fest and what it means to Corey and Sam to participate. They both stick around for our podcast-only portion – “Another Shot with NOLADrinks” brought to you by NOLA Agave Week and Top Taco NOLA. As we always do in this series, we ask our guests about the importance of preserving the culture of local music, passing it on, and what it means to them.

We close things out with our “Parting Shot” talking about festivals in New Orleans,

The map below shows the location of Louisiana Music Factory. You can subscribe to, stream, and download The NOLADrinks Show podcast using the links and player above.

Music Played on This Episode

Here’s the music we played going in and out of the commercial breaks and the radio portion close. All can be found in-person or online at Louisiana Music Factory: